If you're new here, you may want to download the FREE CHECKLIST 70 Things to Declutter Right Now.

Welcome back! Did you download the FREE CHECKLIST 70 Things to Declutter Right Now?

You’re face-to-face with a storage bin full of old photos, feeling overwhelmed, and wondering how to organize too many photos. Perhaps you’re weeding through your childhood photos like I did. Or you’ve inherited a large quantity of family stuff and need to sort and organize the family photos.

The good news is that, even if you’re swimming in piles of unorganized photos, you can get them under control by taking 3 easy steps. It’s the system I used to get my own childhood photos under control.

Now I must say that the following 3 steps seem like a no-brainer.

But I think we tend to over-complicate tasks that seem difficult simply because they feel overwhelming when we’re about to embark on them.

The actual situation is that if we just start the task then it’s not as bad as we thought it would be. Especially once we’re on the other side. And then we’re relieved that we just did the dang thing so it’s over and done with. And we wonder why we didn’t do it sooner. 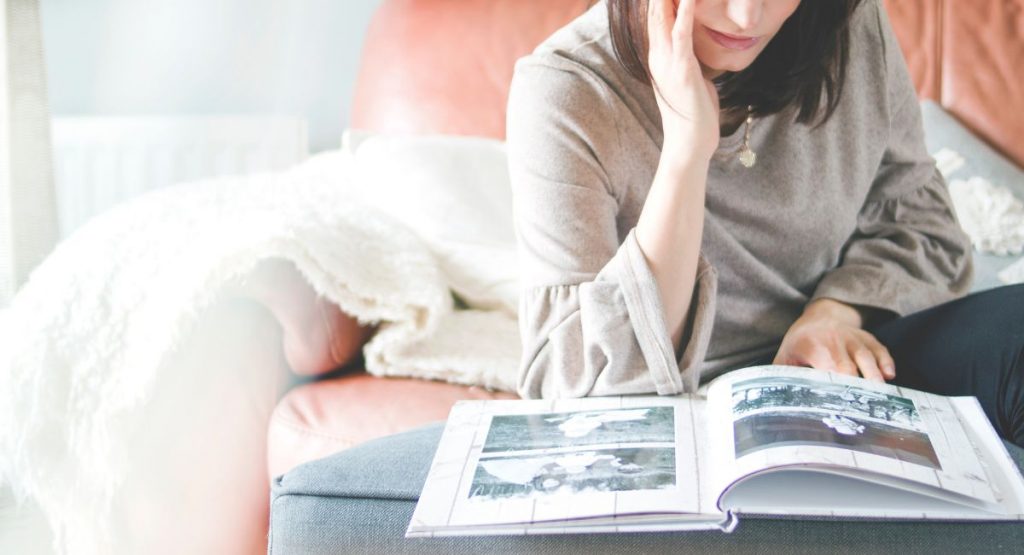 1 | Weed Through All the Photos

While this step seems obvious and is likely a step that many people would like to avoid, it’s actually inevitable. But it doesn’t have to be overwhelming, contrary to what our emotions tell us as we’re gazing at all the disorganized piles of photos.

Weeding through the photos is a simple way to take stock of what exactly you’re dealing with. And it actually can go quickly.

Setting a timer can help you speed through the weeding process. Set a timer for 10, 15, or even 30 minutes and see how fast you can whittle down those piles of photos to become 2 simple piles.

In my own experience, I first weeded through ALL the photos in the giant storage bin and set aside the ones I wanted to keep.

By the end of the weeding process, you should have 2 piles:
1. Trash
2. Keep

Turn on some fun music to get you into the organizing groove, while you’re at it!

Don’t get mired down in categorization – merely sort by trash or keep.

In the trash pile, I threw away duplicates and pictures of people or places that I had no recollection of or that didn’t warrant keeping more than 1 copy of.

I was surprised at how many duplicate pictures there were. Maybe I went through a phase in high school where I ordered 2 copies of all the pictures when I got a roll of film developed. Did you do this back in the film-developing days?

Another type of picture that ended up in the trash pile were the pictures that were bad quality. I was surprised at how many of these there were. I threw away A LOT of photos! 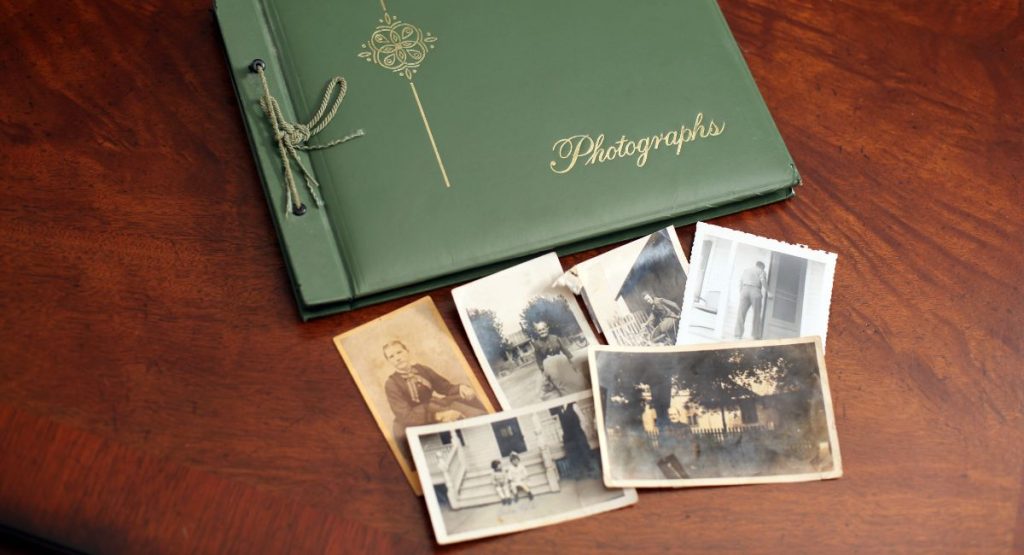 2 | Sort the Photos You Will Keep

The next step on how to organize too many photos is to sort the keep pile.

This is the time to sort your photos by your chosen sorting method.

You could sort by time period or by category like vacations, stages of life, etc.

If you’d like to micro-organize the photos, you could sort them by year or even decade or maybe family member, depending on your photo organization goals.

When there’s an overwhelming number of photos, it’s best to keep the categories large and broad in order to speed up the photo organization process.

The quicker you can sort the keep pile, the more encouraged you’ll be to continue since you’ll be able to see the progress that you make as you work. 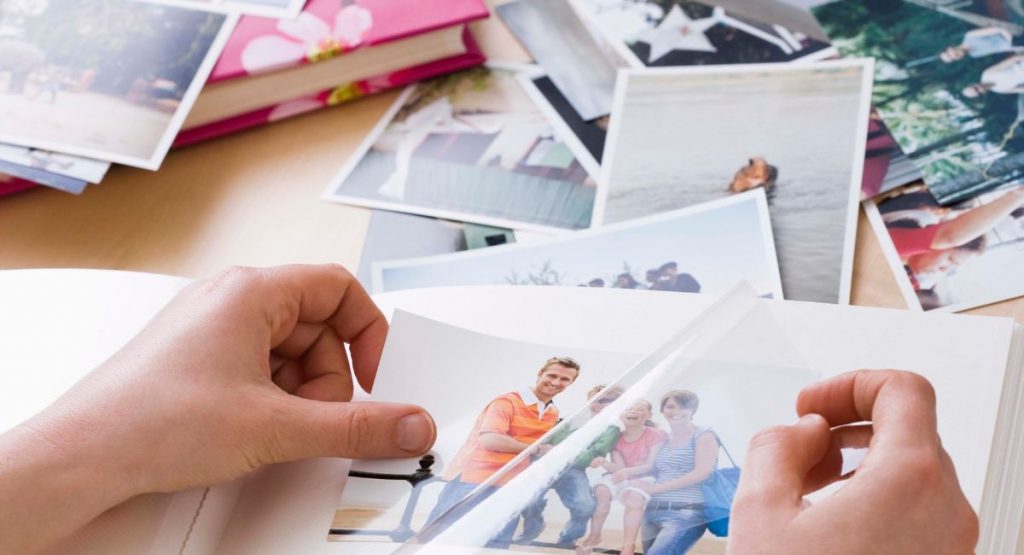 3 | Decide How to Store Them

In the third step of how to organize too many photos, you’ll need to decide how the remaining photos will be stored.

If you choose to keep ALL of the hardcopies, then of course you’ll need to have enough space for all of them. An obvious option is photo albums, but this photo organizer from The Container Store is also a great option: 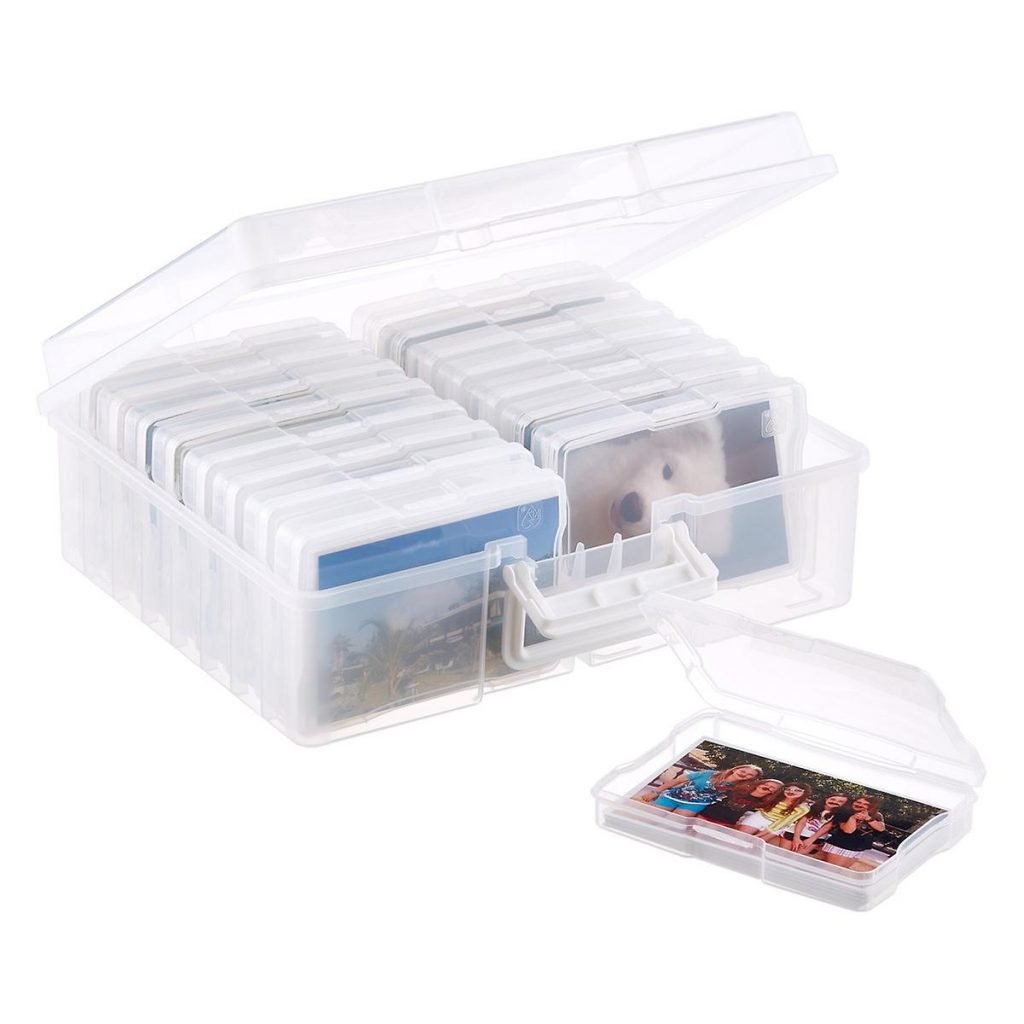 Photo boxes labeled by category or time period are also a simple and effective way to store your photos. They are also an inexpensive option. 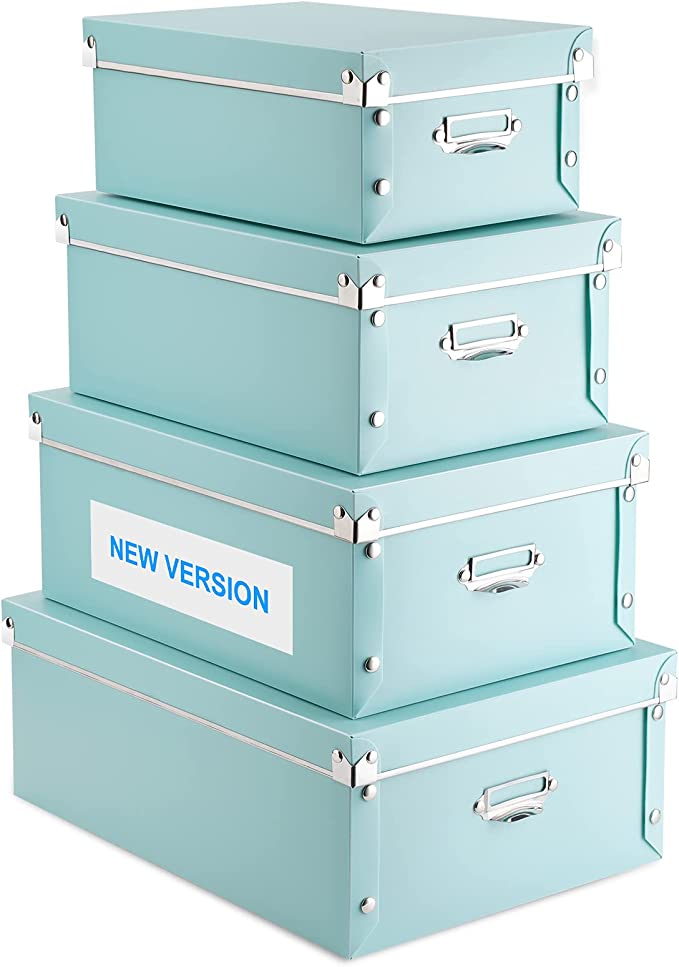 This is another good option from Amazon: 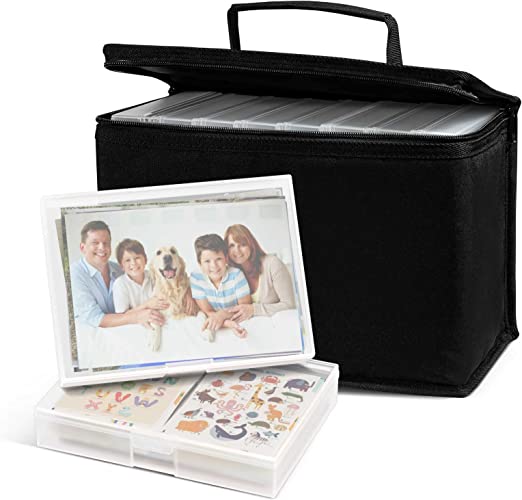 When I was considering how to organize too many photos, digitizing a huge storage bin full of childhood photos was a game-changer, my friend!

I digitized EVERYTHING – keepsake cards (that I didn’t want to keep the hard copy version of yet wanted the memory), old photo albums, and tons of loose 4×6 photos.

The digitizing process was done in chunks of time over the course of about 2 weeks until they were all scanned and uploaded. I was working full-time, and my daughter was 3 years old at the time that I did this. Slow and steady wins the race. If I had had a full Saturday to knock out this project, that’s what I would have done.

In the end, I threw away 90% of the photos that were in the storage bin and kept 1 photo album, 1 scrapbook, and my baby book. These 3 items don’t take up nearly as much space.

Now, all of my personal sentimental items easily fit into 1 large storage tote with room to spare!

Scared to throw away hard copies? No worries. There’s no need to do so.

Hang onto the hard copies or albums if space allows and if you don’t want to part with them. Just know that digitizing your photos and backing them up in the cloud will ensure that the memories are still recorded even if the hard copies become damaged. You can even pay someone else to do the legwork for you! Legacy Box will turn your outdated digital memorabilia into a digitized version (this is not sponsored). 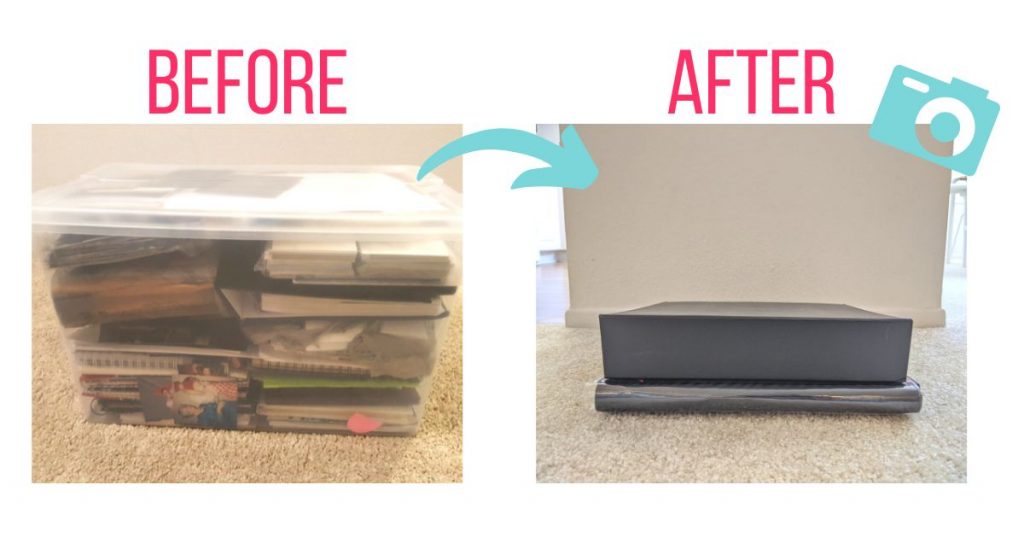 Enjoy that which remains

Now that you know how to organize too many photos, how will you tackle the plethora of pictures?