If you're new here, you may want to download the FREE CHECKLIST Things to Declutter Right Now.

A rage purge is where you get rid of stuff because you’re angry and fed up with all the clutter and just can’t take it anymore. Instead, take an objective, intentional, and focused approach. It helps to make lists of what items are truly essential and focus on those.

Not sure what’s truly essential? Imagine you have absolutely nothing – everything was stolen, damaged, lost, or burned in a fire. What would you need if you were starting your home from scratch with absolutely nothing but the clothes on your back? Those are the essential things.

So, a rage purge is what not to do when decluttering. One caveat is that, depending on your personality, there are times when this could work for you. Maybe to bust through a clutter rut, you have to be sick and tired of the clutter, chaos, and mess in order to make a lasting change. The goal is to avoid a rage purge that you’ll later regret.

A clutter shuffle (say that 10 times fast!) is to merely move clutter around your home, leaving things undecided and quite possibly, even more cluttered. This is why a clutter shuffle is what not to do when decluttering. If you need to TEMPORARILY put a FEW maybes into a box, it can buy you time in case you’re afraid you’ll declutter something that you shouldn’t.

However – EVERYTHING cannot be a maybe. The emphasis is on “temporarily” and a “few.” Some people like to call it a “give it some time” box or a “time will tell” box. Set a date to revisit the box and if you didn’t need any of the stuff in there during that time, you can let it go.

You won’t be able to reap the benefits of an uncluttered home if the clutter is still in your home. The goal is to get the clutter OUT of your house. So, be sure to set a deadline of when you will sell the items and when you will take donations to the donation center. Hold yourself to that deadline. If the items don’t sell, donate them.

Sometimes when it comes to decluttering, we have to cut our losses and recognize that we simply won’t make back the money that we lost. If it’s under $20, it may not be worth your time to take a picture, list it, chat with interested buyers, coordinate a time for them to pick it up, and then leave time for any plans that fall through.

Go with your gut and very first impression. If you have to take too long to decide on whether or not you need an item, it’s a sign that you most likely don’t need it. If it’s useful, sell it or gift it to someone who will use it.

Have you ever heard the phrase, “it’s not a good deal if you don’t need it” related to finding things on sale when you’re shopping? It’s the same with clutter. Just because it’s useful doesn’t mean we need it nor that we need to keep it. Over-thinking things is what not to do when decluttering.

If something is out of sight, it is out of mind. Challenge yourself to not purchase off-site storage. You’ll be faced with your clutter sooner or later.

Not only does it cost money, but if it’s out of sight then it’s out of mind and it’s even more difficult to declutter. If it’s in a storage unit and not in your actual home, you most likely do not need it anyway.

I would like to suggest setting aside 1 day to go through the items you might put in a storage unit. Clear your schedule one time for one day and bust through it all. Finish the day by taking the unnecessary items to a donation center. Reward yourself with dinner or special treat as an incentive and celebration for finally taking action on the clutter! 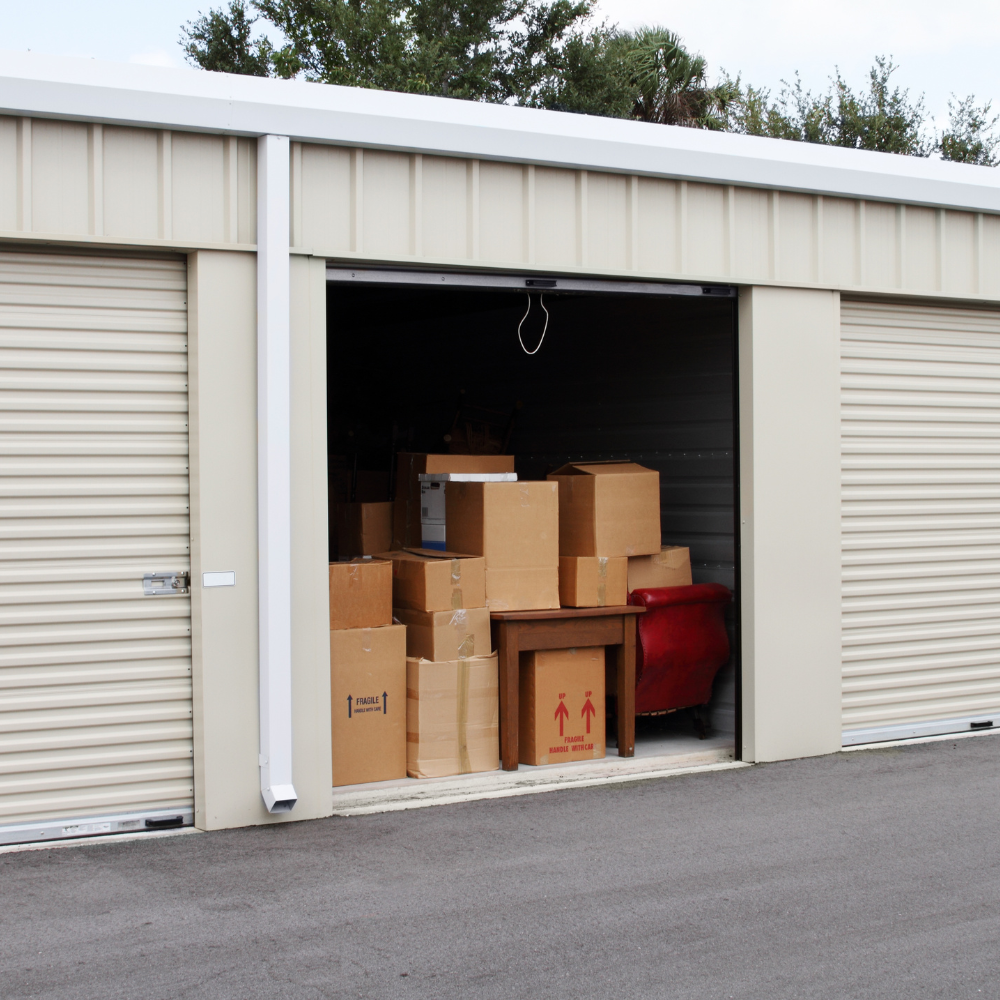 Conversely, if you currently have off-site storage, make a plan to be freed from it.

Once I heard of a couple who spent more than $12,000 over the course of several years just to store their stuff in an off-site storage unit.

Do you know what they eventually did with all that stuff when they went through the storage unit?

They got rid of ALL of it! They didn’t keep a single thing. Actually, most of the items were unusable due to deterioration over time.

The wife noted that if they were to have purchased the contents of the storage unit, it would have easily been less than $12,000. So, re-buying all of their stuff that was in storage would have actually saved them money!

Much like losing weight or getting out of debt, the work happens in small, consistent steps. Oftentimes, the hardest part is taking the first step.

If someone wants to lose weight and get in shape or become debt-free, they can’t wait until inspiration strikes. Because it’s not going to strike every day! Especially if it’s something you don’t have built into your schedule or something that isn’t an existing ingrained habit.

Relying on inspiration is what not to do when decluttering.

The feeling of overwhelm is real when decluttering. The overwhelm can seem insurmountable if you bite off more than you can chew.

Take small steps and you’ll be on your way to tackling a big decluttering project in no time! After all, Rome wasn’t built in a day. 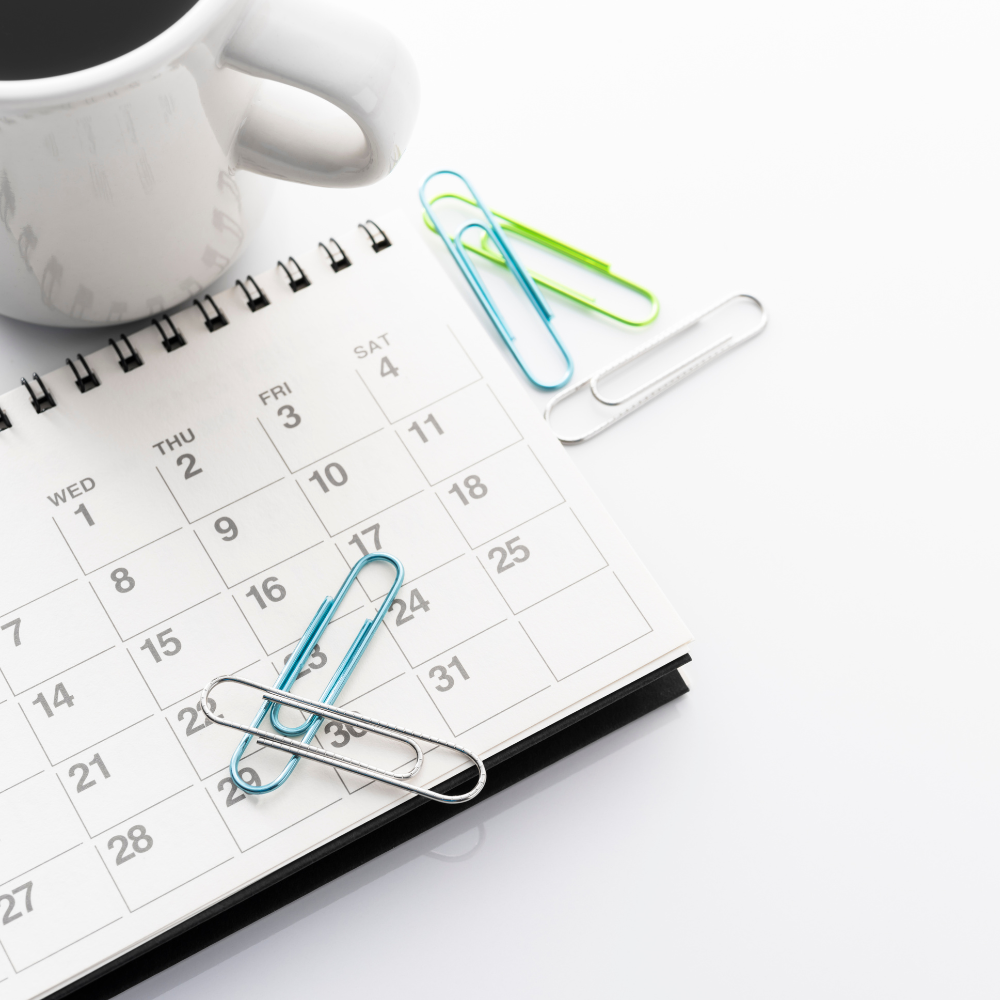 This is hands down my favorite decluttering hack because it’s SO SIMPLE!

Imagine not having deadlines for a project in a workplace or for a class at school, or for a state licensing program.

Forgetting to set a deadline in decluttering prolongs indecisiveness, perpetuates over-thinking and keeps the space cluttered with no end in sight.

Be sure to set a deadline when decluttering. Whether it’s perfect or not, things must be done by the deadline.

Easier said than done, right? But succumbing to the feeling of discouragement can set you up for failure in your MIND before you’ve gained any traction in decluttering your physical space.

Mind over matter. Having the right mindset will go a long way when decluttering.

So, put on your favorite, encouraging, or upbeat music, and get to work decluttering!

I hope these 10 tips helped you to realize and be more aware of what not to do when decluttering.